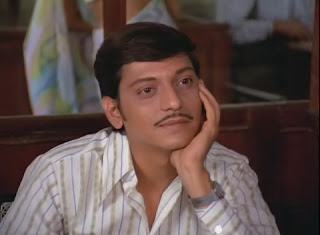 WANT TO BUY A 'SIMPLE GUY?'
We have always heard 'Men are Egoistic'. But have you ever heard about 'Female Ego?'  In Mumbaiyya language we use word 'Ghamandi' for girls, but never use 'Egoistic' word for them, Isn't it strange? Well !! Do 'Female Ego' exists? Let it be !! This post is not about psychology or human behavior. This post is about 'preferences'.
Do you remember film 'Choti si Baat?' Yes 'Arun - the loser' transforming into 'Arun - the dude' story.In the movie 'Choti si Baat' remain same that Girl loves his heart. So his simplicity and values in life wins him his girl in the end and not his newly-learned smartness and gained self-confidence. Hmm,that's a film.
Do you know why such SIMPLE GUYS are so much in demand? Not because of their simplicity, but because of preference of girls who chooses such guys over other more confident men.
Do you remember film 'Judaai?' Yes the same film starring Anil Kapoor, ShriDevi and Urmila ?  Rich and arrogant Urmila buys 'Anil Kapoor' from his wife. Do you remember 'Raju ban gaya Gentleman?'  Amrita Singh falls in love with her employee 'Raju' and tries to snatch her from 'Juhi'.After all Bollywood is inspired by real Life. Isn't it?
Whats the reason behind such 'preference?' Why do some rich and beautiful women prefer 'bhondu-type' or Simple guys mostly introvert and with low confidence? Is it because OPPOSITE attracts? or is it because such girls wants to dominate their partner throughout life?
We call it 'UNGALI pe nachana'. :P Mostly more independent woman who already have quite a busy social life and who wants to always stay in lime-light look for such 'SIMPLE GUY'  as life-partner.
Rich females are more prone to look-out for such 'Simple guys' and not the middle class or poor females who are more inclined towards finding security over simplicity. Once found such guy, they do every possible thing to get the guy..Not because they love him..But because they wants to satisfy their 'EGO's. Yes, females do have 'Ego', and some can even become obsessive to satisfy their EGOs.
Aahh !!! Annoyed with this post ?? See I told you naa...Girls do have 'EGO problem' !!!
e