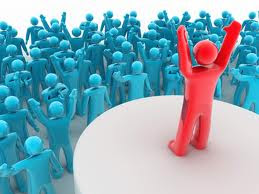 People who have plenty of chappals/foot-wears outside their house are considered as richest people in small towns. There are many people who lead their communities without any 'Title'. Such people are titled as 'Mob Managers' in this article. Infact 'Mob Handlers' can be apt term for them but I call them Managers because they manage their followers to carry out tasks which they plan. No I am not talking about politicians. I am talking about people to whom politicians also try to persuade to work for them; so as to bring their followers under their own roof. Some sell their souls for money and some don't. These Mob Managers are powerful speakers. These people are like those Dog-trainers who can stop their barking dogs just by their strong command. Yes, handling rowdy crowd is not fun. These leaders are really useful for political equations as they can gather large crowd and also manage them for votes.
But the interesting aspect is to know; how they achieve so much power. Yes it's all about 'Building relations' and excellent communication skills. You will find that these people have lead some smaller groups in their lives and showed their strength and leadership quality on many occasions in past. And so people start accepting them as their clan leader.But only those leaders can become mob managers who have very less resistance.This is possible only when the leader has firm values and great decision making power. Apart from this it is important that they must understand what's on follower's minds. It's only possible if you have one-to-one conversations with people; and importantly with key people. You must have good understanding of problems of people and have empathy with them. Trust me; even wealthy people can not get so much power with their money. It's just heart to heart connections that creates a healthy network of people. Next time when you will come across such people you will surely remember my post. I am damn sure !!!
Entrepreneurship