Showing posts from August, 2012
Show All

By Mr.DEEPAK DODDAMANI - August 29, 2012
Quotes by Deepbaazigar - 16
'Quotes by Deepbaazigar' is a basically compilation of some of my Tweets on social site Twitter.  You can follow me @deepbaazigar on Twitter
1) There are only two sides of our reality; one that we see & two that we don't want to see.
2) A leader gets charged by the support of his followers but when he is left all alone; his back-up power is his self-motivation.
3) Roti, Kapda, Makaan and a laptop with Internet connection;I don't need anything more than that to pursue my Goals.
4) Lokmanya Bal Gangadhar Tilak was known as 'The father of Indian Unrest' during Britishraj for the same work which 'Arvind Kejriwal' is doing in today's Congressraj.
5) Ajmal Kasab will be hanged twice, first by Govt. of India and then by 'Allah'. No religion  teaches you to 'Kill people'.
6) Only knowing that 'Death' is the 'final destination' will not help you. It's realization helps change your entire perspe…
2 comments
Read more 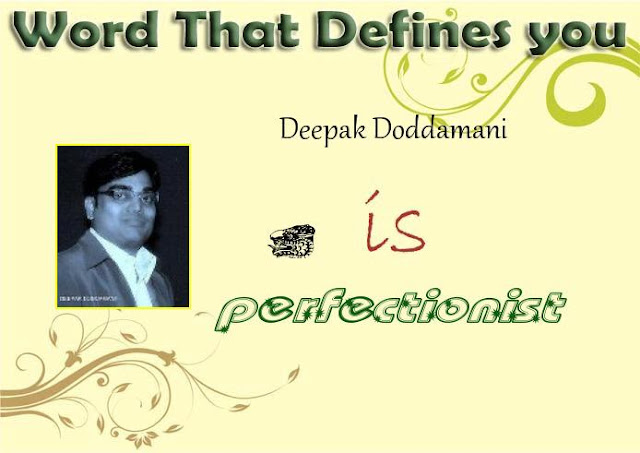 Quotes by Deepbaazigar - 15
1) When Twitter loads slowly, it reminds me of 'Dial-up' era
2) Make whatever mistakes you want to do in 'net practise itself',     because in big games you can't afford to do any.
3) In entertainment field customers always wants 'something different'    and entertainers should always be ready to give that 'something different'.
4) Yes,you got it right. I fall in a category of 'Opinion leaders' or 'Influencers' on Social   Networking sites. I promote brands which are worth promoting & I am happy that 'deepbaazigar' is amongst that brands.
5) If you lose all your money in share market, do…
3 comments
Read more
More posts