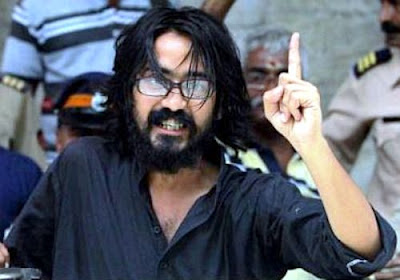 EVENTS & PURPOSE BEHIND IT
If you have gone through my post 'Action Packed August', you might have came to know by now that I have started taking keen interest in Indian Politics from last few months.
The background of my this post lies in that post. i.e events in August.
Let me clear it here only, that all my news analysis is based completely on my understanding and so it may not be 100% correct. There are some assumption on which I tried to understand the sequence and the logic behind actions by our politicians.
Baba Ramdev, Anna Hazare, Arvind Kejriwal, BJP and Twiples everyone has been attacking UPA govt. after CAG report on Coal. The rise of Coalgate scam and it's after-effect lead to events in beginning of September.
Why Baba Ramdev's Trusts were targeted, Why Aseem Trivedi was arrested and Why Govt. started to harass IAC supporters only now? Why they didn't do earlier, when events took place. i.e. almost one year back. Is  UPA trying to divert people's attention from Coal Gate scam? Yes. You are absolutely correct.
Protest in Odisha was Congress's attempt to pressurise BJP on the same Coalgate scam using which they were demanding resignation of Prime Minister. UPA's silence was under-estimated by BJP for long and so they washed out Monsoon Session. But after Sonia Gandhi's order, Congress became aggressive and started toring cloths of BJP on same issue.  Arvind Kejriwal did very right thing by gherao of Gadkari last month. As he didn't allowed BJP to hi-jack their Andolan as they did with Baba Ramdev's Black Money andolan.
Kiran Bedi and Anna Hazare never had any strategies and always depended more on their public images for their movements. But as all know Arvind Kejriwal is an intelligent leader who always works with plan. Under the shadow of Anna Hazare, he could never use his potential and ended up compromising everytime. But now 'Main Arvind Hoon' started bothering Anna Hazare and he decided to interfere again in the Movement.
Anna Hazare started to loose lime-light after Arvind Kejriwal decided to launch 'Swaraj Party'. Kiran Bedi was already out of scene due to her soft corner for BJP. And so naturally leadership came to Arvind and Manish Sisodia.It was very clear than when Anna appeared on IBN Lokmat for the first time after long break; he said to Nikhil Wagle that we will not make any political force. Politics in Social work what we see in 'Bhang Team Anna' these days. Anna Hazare dissolved his 'Team Anna' using Blog; and the same Anna wants to bring all together again.
Meanwhile; in Maharashtra Raj Thackeray attracted eyeballs again by his comments about Media and Bihari. This time he gone too far by threatening Hindi Media. This gave all Bihari leaders a chance to play Politics. Nitish Kumar purposely involved in it to show his concern about Biharis in Maharashtra so that no other Political party from his state can use this golden opportunity to win hearts. It was very necessary for Nitish also because his enemy Narendra Modi had already showed his strong candidature-ship for the post of Prime Minister through his Hangout session with Indians across the world.

Balasaheb Thackeray was wise enough to play his card by saying 'Sushma Swaraj' is the right candidate for the Prime Minister ship. It was his attempt to show importance of 'ShivSena' in alliance. It's interesting to note that Raj Thackeray is Narendra Modi fan and so Udhav Thackeray doesn't support Modi and Nitish Kumar had recently targeted Raj Thackeray so Balasaheb purposely wanted Nitish to know that he should behave with Maharashtra leaders if he wants support of Shivsena for his Prime Minister ship. This googly by Balasaheb Thackeray was well understood by RSS and so the logical step by Mohan Bhagwat was to show support to Nitish Kumar openly which can also show Over-confident Narendra Modi his place. Every one had some hidden agendas behind their actions and statements.
And then came the episode of Aseem Trivedi. Baba Ramdev's trust could not distract Media or Public from Coalgate but arrest of Cartoonist Aseem Trivedi done the trick for UPA. Congress got a good opportunity to divert attention from an serious issue to a created issue. Aseem Trivedi was arrested under the sedation charge and everything focussed on 'Right to Expression' and 'Right to speech' etc. BJP tried hard to re-focus everyone towards Coal-Gate but failed miserably. With end of Monsoon session; now both the parties have decided to take their war to the streets.With Odisha protest it has already begun.

Every Party is trying to get support of Youth to fight against another. And so young cartoonist Aseem Trivedi became good opportunity for them. After the outrage of youth on Social Media and Protest in Kanpur and Bandra court etc. opposition realized that Majority is on Aseem's side and so they added their voice with public. Congress which was about to release Aseem Trivedi due to Public pressure took U-Turn by seeing Political parties entering in issue. And so R.R. Patil announced that we have left everything on court and increased his custody.

Aseem Trivedi also used his arrest properly. He denied bail which made his voice more louder and so more people came in his support. Those who never even saw his single Cartoon; watched all his cartoons & appreciated his work and cause. Arvind Kejriwal met him in Jail and announced that their will be protest near Arthur jail if Police doesn't release him till Friday by taking all charges back.

Raj Thackeray who had made his image as traitor due to provocative speech at Rangsharda has been trying hard to show that he has been misunderstood by Indians due to Hindi Media himself gave Hindi Interview to Arnab Goswami. And now as a extension of this 'clear my image' mission he showed his strong support to Cartoonist Aseem Trivedi. Although he said that as a cartoonist he understands Aseem's Cartoon and showed support to the messages which has been given by Aseem in those controversial cartoons somehow he is trying to use Aseem's Kanpur connection. May be he wants to show that he is only against migrants who cause disharmony and anarchy in Maharashtra. Aseem Trivedi accepted bail after realizing that he may be used by Politicians for their benefit.And showed his faith in Judiciary.
In the rest of Month of September we might see Politics shifting more on Issue of controversial nuclear plant in south as villagers are protesting and politics will surely enter in the scene sooner or later. Many events taking place in India one after another and most interesting even common people are directly involved in every issue.
It's important to note that India can see ELECTION in 2013; Possibility has increased.
Politics